ConsumeProduct
Communities Topics Log In Sign Up
Sign In
Hot
All Posts
Settings
Win uses cookies, which are essential for the site to function. We don't want your data, nor do we share it with anyone. I accept.
DEFAULT COMMUNITIES • All General AskWin Funny Technology Animals Sports Gaming DIY Health Positive Privacy
221 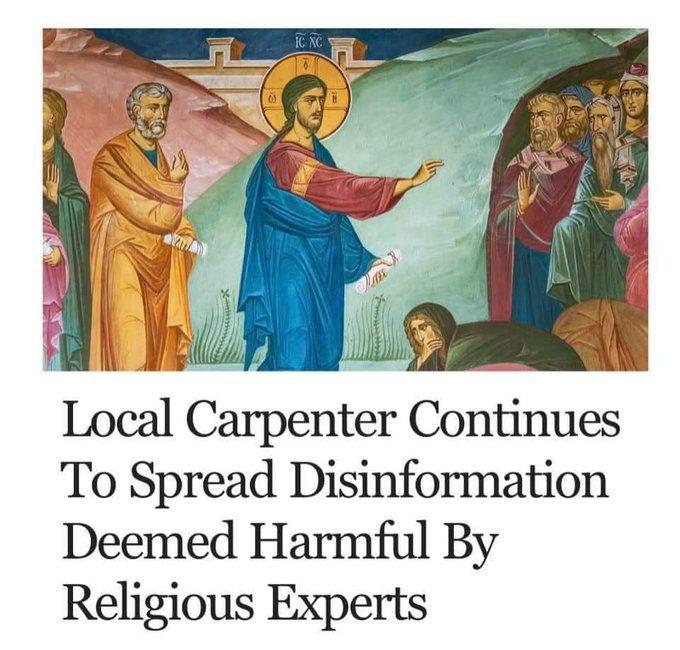 I'm gonna wait for a comment from Rabbi Fauciberg on this to formulate my opinion accordingly.

I better check snopes for this whole "water into wine" thing

Then AFTER THEY MURDERED HIM,

1Th 2:14  For ye, brethren, became followers of the assemblies of Yahweh which in Judaea are in Messiah Yahshua: for ye also have suffered like things of your own countrymen, even as they have of the Jews:  [NOTE THE DISTINCTION (countrymen vs. Jews)]

1Th 2:15  Who both killed the Master Yahshua, and their own prophets, and have persecuted us; and they please not Yahweh, and are contrary to all men:

as was their plan, these MONGREL EDOMITE JEWS,

Mat_21:38  But when the husbandmen saw the son, they said among themselves, This is the heir; come, let us kill him, and let us seize on his inheritance.

they eventually confiscated the writings of the Apostles and Disciples, in their THEFT ATTEMPT, and translated them from their original Aramaic and Hebrew and gave you the HELLENIZED GREEK TRANSLATIONS WHEREIN THEY PERVERTED THE TEACHING REGARDING THIS CARPENTER and the solar cult mimic of pagan religions of old was born, christianity, as says even christian and jew scholars, not to mention YOUR BIBLE!

Hence, the very depiction of the SUN disc around the carpenters head.

The halo signifies the crown of Martydom

Quote: "The earliest examples of a disc halo come from the 300s BC in the religious art of ancient Iran. It seems to have been conceived as a distinguishing feature of Mithra, deity of light in the Zoroastrian religion."

Quote: "Because of its pagan origin, the form was avoided in Early Christian art, but a simple circular nimbus was adopted by Christian emperors for their official portraits."

It is derived from PAGANISM to exalt individuals as if endowed by the SUN DEITY ... i.e. BAAL and others.

You and u/RomanCommander are both in the eighth grade

I gave scholarly evidence to defend my point. You gave VOMIT. Yeah, I know the problem here.

You’re comparing 300 BC religion to 70AD religion that are separated by long distance. You can’t call Mithras Christ because Mithras isn’t Christ or Christianity not the theology traditions or outcomes. Comparing the Son of God to the Sun god is dumb.

Yeah, a mongrel dumbass. Go drink some more Tequila and shut up fool.

Jesus won out early Christians, and in true kikedom (unfortunate because Christianity tried to work around much of the fucked aspects of Jewish culture) fashion demonized anything not of the Christian faith. It's how Ba'al went from a benevolent Levant fertility God, to a demon of pestilence and rot. All because some kikes got angry and wanted to shove Yahwism on everyone after their capture in Babylon.

Mithra or Jesus, both represent a cultural transformation of European and Magi people from the Levant.

You're correct in MUCH, and wrong on a couple of points, imo.

The Bible is written BY WHITE MEN for White People. The Edomite mongrel "jew" claims it is theirs. They're liars. They're attempting a theft.

So, we disagree at a very base point.

It is the WHITE RACE that was supposed to rule the entire world, and will.

The Edomite mongrel "jew" claims it is theirs. They're liars. They're attempting a theft.

Jesus was a kike that got tired of his people's kikery, but the Bible was compiled by Romans according to their views, so a bit yes to kikes for the OT and to "whites" for the NT. No amount of racewhoring will change that.

It is the WHITE RACE that was supposed to rule the entire world, and will.

What would you say is the best edition of the Bible?

The one REVEALED to the honest heart by the Spirit.

I do have about 40 different ones on my shelves, as well as the oldest texts available on microfilm from around the world, where accessible. I have about 40 more on computers.

I would recommend a J.P. Green Interlinear and two Lexicons, like a Strong's and a Brown-Drivers-Briggs or Gesenius. I also usually use a simple Companion Bible by Bullinger because I like some of his appendices and notes on particular unusual issues, such as the GAP issue of Gen. 1:1 to 1:2. Particular doctrines can be the focus of some translations. For the RACIAL MESSAGE in the N.T. the Anointed Standard Translation (A.S.T.) is excellent. For Correction of the Names and Titles that were changed, I think one of the best for that particular issue is https://yahweh.com/product/the-book-of-yahweh-the-holy-scriptures/ Though I certainly DO NOT agree with some of the parts in it they altered, imo, to justify particular other things in their beliefs. The place is a cult, imo, actually. But they still did a good job on the names and so forth, and have a couple of books that explain the problems over the millennia regarding names and titles.

If you get the free software at E-sword.net you can download FREE some of those study materials and many bible versions. BEWARE! They often leave parts of comments of definitions OUT of the online versions of bibles, commentaries, and DICTIONARIES/LEXICONS, like Strongs. Some are important points.

What’s wrong with giving Christ and the Trinity solar characteristics?

You really have to understand Christianity around that time. Giving Christ solar characteristics is most notably found in Catholic iconography. Not exclusively, but mostly.

There were competing monotheistic religions around the advent of Christianity. Mithraism had gained ground amongst the Roman army and several Mithraistic practices found their way into Christianity (most notably the theophagic belief of transubstantiation in the Eucharist).

Mithraism and later the Cult of Sol Invictus had monotheistic beliefs centered around the worship of an all-powerful sun god. Traditional Roman religion was essentially irrelevant and many, myself included, see solar imagery as paganism fused into Christianity to ingratiate the new faith to the Roman masses.

Carpenter walks into Temple and tips over (((local Merchants))) tables, why January 6th protestors need to be punished.

The DoJ lead by Pontius Garland is looking into it.