ConsumeProduct
Communities Topics Log In Sign Up
Sign In
Hot
All Posts
Settings
Win uses cookies, which are essential for the site to function. We don't want your data, nor do we share it with anyone. I accept.
DEFAULT COMMUNITIES • All General AskWin Funny Technology Animals Sports Gaming DIY Health Positive Privacy
136 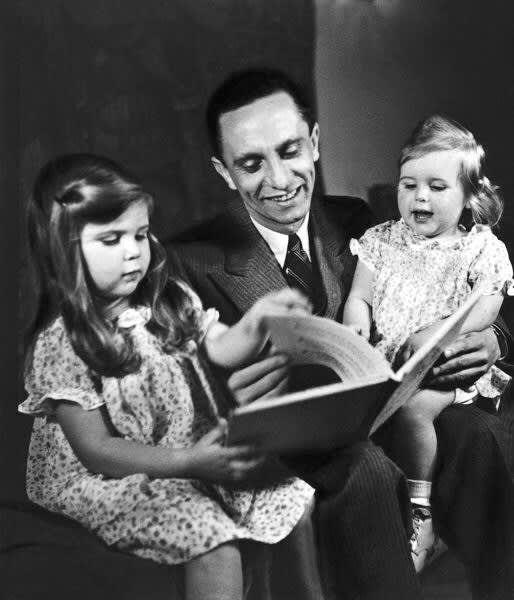 I got read aloud to every night when I was a wee laddie. Now I’m a hyper-racist, Jesus-loving Gigachad. Must be some sort of correlation.

I still think the story of his family’s suicide is bullsh1t. The kikes probably murdered them like they did the romanov’s

I’m pretty sure much of the underground movie is false.

The Goebbels children were the five daughters and one son born to Nazi propaganda minister Joseph Goebbels and his wife Magda Goebbels. The children, born between 1932 and 1940, were murdered by their parents in Berlin on 1 May 1945, the day both parents committed suicide.

Magda Goebbels had an elder son, Harald Quandt, from a previous marriage to Günther Quandt. Harald, then aged 23, was a prisoner of war when his younger half-siblings were killed. There are many theories of how they were killed; one is that Magda Goebbels gave them something 'sweetened' to drink. Currently, the most supported theory is that they were killed with a cyanide capsule.

When you graduate high school you are sure to change opinions.