ConsumeProduct
Communities Topics Log In Sign Up
Sign In
Hot
All Posts
Settings
Win uses cookies, which are essential for the site to function. We don't want your data, nor do we share it with anyone. I accept.
DEFAULT COMMUNITIES • All General AskWin Funny Technology Animals Sports Gaming DIY Health Positive Privacy
234 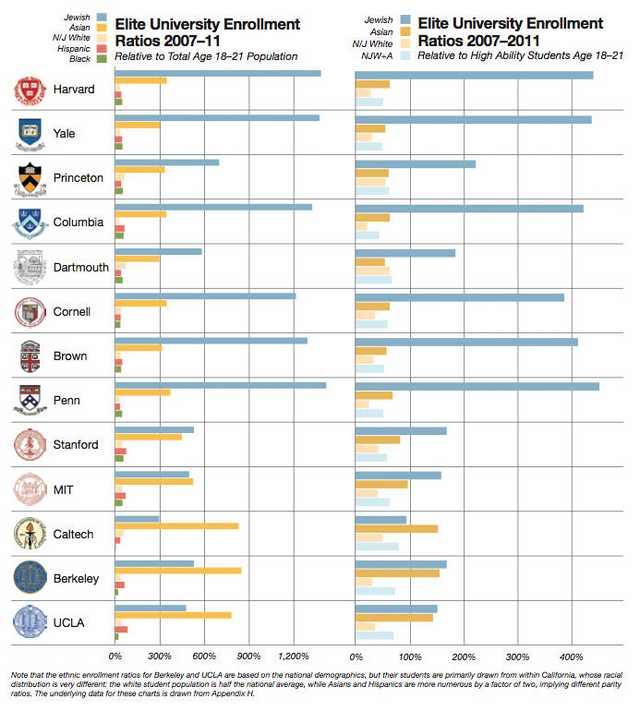 Whites are only 20% of Harvard student body despite being 60% of the population.

Because it does nothing illegal.

There are no laws that stop people from putting people's names on the nets.

Now, if I put you name up, and then told people to hurt you, I'd def be in trouble.

How were you convinced?

Elite universities are the worst. Going forward, they will lose any sort of reputation they had because of their acceptance of substandard students based on race. Once we see most of the people leaving those schools be terrible hires, goodbye. I am hoping small colleges continue to avoid this nonsense enough for people to still enjoy them in 15 years.

I am hoping college doesn’t exist in the future, and that young persons spend half the day watching online lectures and studying and going to accreditation centers for testing, and the other half lifting weights and being in nature.

I hope dinosaurs will be recreated in a lab and that jetpacks will replace the car.

I’m assuming you mean dragons since dinosaurs are fake and gay.

Not if we design this system before they get their hands on it.

It’s not actually about performance, it’s really about the network. There are plenty of incompetent directors with flashy degrees in corporate America, which is one of the biggest reason why we are underperforming.

I hate the fact that business has become more about making it a lifestyle than actually producing what consumers want.

they were never really better than any high ranked state school, because those schools copied what the elite schools were doing after 1 year. what you paid for at elite schools was the status and the connections. That is all they are good for now as all schools seem to be accepting based on non-merit, non-performance criteria. All universities going forward have lost their reputation.

Our ancestors created these places and now we're treated as scoundrels.

Yes dude your grandpa isn't based enough hopefully he can handle your power level.

The sad thing is, the Ivy League universities, like most old colleges, were founded by Christian clergy specifically as Christian institutions.

Yale was founded by a group of ten Congregational ministers and taught theology.

Columbia was founded by Anglicans and built adjacent to the Trinity Church in Manhattan.

Brown was founded by a group of Baptists, Quakers, Episcopalians, and Congregationalists and built at the site of the First Baptist Church in Warren, Rhode Island.

Only the University of Pennsylvania, founded by Benjamin Franklin, wasn't explicitly formed as a Christian institution, though it had a lot of clergy involved in its early administration.

Now all run by degenerate Christ-killers.

Whites are overrepresented in desirable fields and are wealthier! This is an example of bias!

Umm, what? Jews are known for their hardworking culture and dedication to discipline and education.

if jews are white then the holocost was the worst instance of racial violence in the history of the world and whites can claim oppressed status.

You know, for a group that makes up such a small portion of the population, they sure are disproportionately successful. Nothing weird here, it's just their incredible work ethic!

But it's white privilege when whites are successful.

practicing tribalism in a society that attempts a meritocracy will do that.

Probably all getting degrees in rhetorical writing

What's pilpul btw? Jewpedia just says it's critically interpreting texts, which is clearly not how people here use it.

Is it like that thing in Islam where they're instructed to obfuscate their actual beliefs in order to deceive the people of countries they're in?

It's a form of sophistry. In addition to using rhetorical trickery to make a bad argument seem good, if a pilpul user is btfo in debate then they'll come right back the next day with the same defeated arguments, pretending that they never lost.

There's definitely some gate keeping happening. I'm not convinced they are of a much higher iq. It's rigged.

I know this isn’t the point but interesting their enrollment is so much lower in engineering colleges.

That said if you’re wondering why this is, I’d read the bell curve. It’s the same reason the black students have SAT’s 150-200 points lower than the rest of the school (well that plus “diversity” reasons)

they prefer to use their verbal trickery to make money and gain influence, hard science doesn't pay that well and doesn't give them sense of domination over the plebs

This chart is going to trigger someone when they notice there are no red or green bars in the "High Ability Students" column.

There used to be a moonman rap (he was way too based for this world) called “The JQ”. Was a godly redpill and still use it to fuck with discord trannies.

Just to show how fast the acceleration has gotten, that stuff was still allowed on JewTube in 2016

It's hard to find his tracks. I need to find the megauploader library.

One race is overrepresented because they're incredibly hard workers and have above average intelligence. The other is Jewish.

It's a big club, and you're not in it

I thought Jews were white adjacent? Lol They sure look white to me.

that's part of the scam isn't it

How do you do fellow whites!?

Most of them whites can only afford community college, apparently.

The note says this data is based on national demographics? So it's just an estimate?\

Also what exactly is it measuring? For Harvard, for example, Jewish students are ~1400% of...what? Ratio relative to total population, what does that mean?

The right side figure is stretched out more. Why is this?

In these schools, they likely learn to run corporations. They get probably get training the rest of us don't on making money and controlling the masses.

Jews were manipulated an enhanced in the 40yers they were forced to spend in the desert AFIK ... that's why they ARE superior in technical and rational topics ...

The ashkenazi IQ being 110 is a myth. They lied in tests and the national average IQ of Israel would be much higher if that were the case.

Jews are midwits, so I could see them all being clustered around 100.