ConsumeProduct
Communities Topics Log In Sign Up
Sign In
Hot
All Posts
Settings
Win uses cookies, which are essential for the site to function. We don't want your data, nor do we share it with anyone. I accept.
DEFAULT COMMUNITIES • All General AskWin Funny Technology Animals Sports Gaming DIY Health Positive Privacy
307 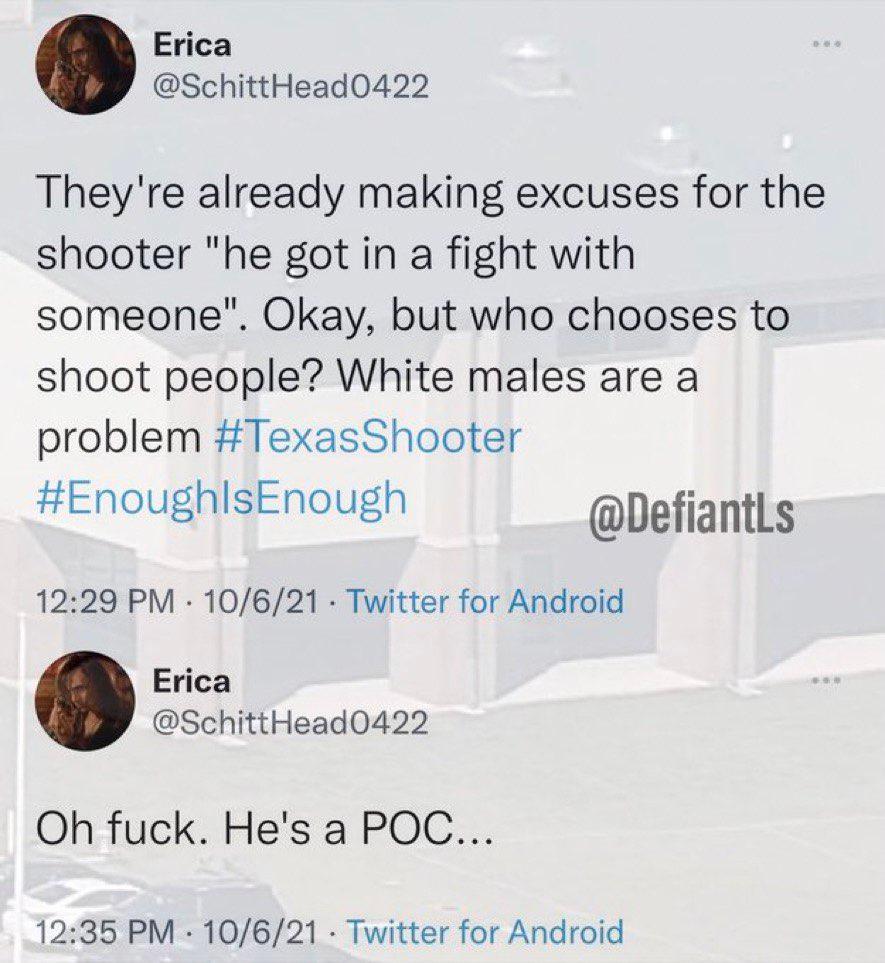 When you finally start jeering your own country and laughing at the amerimutt meme, you’re about half-way there.

hilarious how they think POC is a better discriptor than nigger, it's like they would never think that somebody would pronounce it as an acronym instead of an initialism, in which case they're actually calling themselves pustules of eruptive disease instead of just accepting monke as accurate

I think the same thing about #metoo.. why would you ever write "pound me too"

If you dont speak English within 5 years of being here, you should be kicked out

If you dont speak English you should be kicked out

What about 1. amendment? Doesn't count anymore?

Obviously it does. He stated his opinion freely.

English is a very simple language and shares like 1/3 of the vocabulary with the Romance family so people from South America who speak Spanish and West Africa who speak French should be fluent in 6 months.

5 years may be needed for Hungarian.

English is a very simple language

For English speaking people and for people using Romance languages.

I fucking forget "the,an,a" almost every fucking time, I have to remind myself what is the difference between much and many ("countable" and "not countable" ? Sorry if I not counted and not care it can be or not...) and my grammar is too not too good. Of course I don't live in USA but... You see ?

3 past tenses,3 present tenses, 3 for future... Words spelled differently than being read... Luckily most of you say Polish is hard too having only 3 times:past,present and future, despite being too fucked up "ch" (=h), "sz"(=ш=~sh),"cz"(=ч=~tsh but together), "rz"(=ż=like ~french j), "dż"=(~english "j"),"dz" & "dź" (="dzɪ) are easy and work in practice the same every time and looks similar to latin composition of letters. I don't fucking know why you not use again old-English anglo-saxon letters (Æ,þ,ð,Ȝ) instead when those sounds are completely different ! Especially "þ"...

I was not English speaking & do not live in a country where English is used yet i received a proficiency degree after 3 years. The tenses are normal for every IE language.

English has no grammatical cases, try to learn German to see how vastly more difficult it is . Just note that German is nothing when compared to Slavic languages that are a cakewalk when compared to Hungarian or Suomi.

Well grammatical cases are normal for Polish people so for me - no problem here.

For me the problem is reading words like : lebensmittelgeschäft or longer... Record is said to be German car insurance: "Kraftfahrzeug-Haftpflichtversicherung". And they use such words in technical instructions so often that reading technical text in German is quite annoying...

My point however simply is: you can "learn" language,but using it so correctly so native speakers wouldn't criticize you for "not knowing language"...

Long words are not an issue since they have a pattern, i mean look how uneployment is in German "work-loss-situation". Composite words are normal in IE languages anyway. Learning that a chair is a she or a table is a he ( do not remember die or der, haven't practiced German in over 20 years) needs learning through experience.

Bruh, I learned basic English from videogames as a kid and when I started having English in Highschool, I was the top of the class who effortlessly aced every test.

Then again, I could already read and write German in Kindergarden, so it must be my Übermensch genes, I guess 😎

You know, your "Übermensch genes" and lingustic superiority would preveil only to the very first contact with native speaker being grammar nazi ? XD I am writting all about THAT really.

Oh, do you mean those native speakers, who constantly write "should of", not understanding that it's actually "should've" (which is short for should have")? It's infuriating! 😂

And I'm not necessarily saying they must be stupid, it just makes them sound dumber, which they could fix by learning that little difference.

But that's the level that should be expected of a native speaker. For a foreign learner, I personally set the bar really low: As long as you can communicate with someone, be it by describing things for which you don't know the right words, it's a success.
I actually find it pretty cool when people are able to do that with minimal experience, like just a few months. But if you migrate to another country, of course you should aim to become fluent in the language over time.

Btw, of course my English isn't perfect either. I happened to also gain a lot of writing and speaking experience, since I have international friends, etc. but I also still forget some words from time to time and there are many daily life words that you only really come across when you're actually interacting with their culture in some way. And of course when I talk to my friends, it's usually more of a verbal shitposting, than having an eloquent conversation 😅

English is actually a difficult language to learn becajse we’ve got grammar and spelling from multiple langages mixed together. When a student of english asks “why is the G not pronounced in ‘cough’?” And we have to give an answer that then confuses him on how to pronounce ‘plough,’ at some point we have to accept that our language was not well designed.

Depends where you come from , there are very few IE languages that have "th" and this is why ze Germans cannot pronounce it . Castilian Spanish have trill sounding R mixed with not trill ones, retracted tongue and non retracted tongue S , soft and hard D and G that you have to know by experience.

I studied English and they are not hard at all.

I studied English and they are not hard at all.

What, specifically, are not hard at all?

Ive worked as an english teacher to foreign students, and my professional opinion is that this language is definitely challenging.

Would it surprise you to learn there's a strong correlation between moving to the USA for gibs and refusing to learn to speak English?

Yes it would, how do you know this?

Know a guy involved in social security dispensation. If the applicant's report includes being an immigrant (including being here for 20+ years) and a spotty work history, you can bet they "don't speak English."

Sometimes that means they fake being retarded to get assigned a translator because they're low IQ and think it'll get them pity points. Joke's on them, though, since federal judges rarely enjoy having the time for proceedings tripled.

Now I have a question for you: why is that surprising?

allowing women to express their childish ideas in a public forum without a responsible man present, never ever

Fun fact: replying to any woman on the internet, "did your husband give you permission to use the internet?" Causes epic seething and endless ass-pain.

Ah yes. The old "Who let you out of the kitchen" gambit. Never fails to amuse.

Also "show tits!" when someone claims to be a woman on an anonymous forum.

Apparently a feminazi is seething and dilating on the downvote button.

Oh, no! Not my precious updoots!

How will you ever recover from this?

Imagine caring more that your beliefs are popular, rather than correct.

Social media is 100% what made me consider women in general to be unserious and not worth considering as intellectual equals until proven otherwise.

Women see people in three ways- they love the shit out of them, they compete with them or they hate them. Usually they'll feel each of those things about one person depending on the day of the week.

Even for their best friends or the men in their lives- they will love the shit out of them one day and the next hate them.

So many people here are quick to blame women as inherently the problem but in reality, women are just more receptive to the cultural shifts they're surrounded by. So many men allowed "social justice" to infiltrate the media and the school system without impedance. And believe me, as a college student, there are plenty of males who believe this bullshit 100%. We failed to protect our culture and now we're paying the price. Women may be more vocal about this viewpoint but its a much bigger problem that went unaddressed

Women gaining power is probably more a symptom of decadence and decline than a cause.

Ericas a problem, let’s choose to shoot her.

To be honest usually they delete them and don't admit it... This gal seems honest even when brainwashed

Yeah, give her a couple minutes to really marinate on this and it'll disappear.

I honestly thought this must be a satire account since no leftist would leave her hypocrisy on the record, but I checked the twitter account, and it seems legit.

They love jumping to conclusions to vilify whoever they like, but then do a 180 and start making excuses when it turns out that one of their own was the shooter.

Enough was enough until it was a brown guy. Then suddenly it's nervous shifting and a change of subject.

Blacks shoot each other exponentially more often than anyone else in America. And it usually isn't with legally acquired weapons too.

The 19th amendment seriously needs to be repealed, it is getting absolutely ridiculous that people like this are allowed to vote.

I betcha she still thinks white men are the problem.

And his "fight" video is him absolutely beating the everloving shit out of a cowering target like a fucking rabid animal.

Can’t depict a minority as capable of evil now can we?

Which incident is this one now?

I have no doubt the 'white school shooter' paradigm is propped up by using absolute numbers instead of per capita and by having a cut off of victims (only counting 'mass' shooters over three victims or whatever) so they can sweep the constant stream of black shooters under the rug.

Maybe I'm just 30 going on 60, at least that's what I feel like. Sick of this generation of trendy fags needing to change all definitions, slang, pronouns, and abbreviations. They are so hip, they should just make their own fucking woke language and go sniff each other's farts on instagram

Wait until Erica finds out that the vast majority of all school shooters are anything but white, and that only the shootings done by white kids get sensationalized by the media and those by non-whites get memory-holed asap.

No agenda by the press there, nope, none at all.

This shooting will get buried before the end of the week right along with the all the oither school shootings done by the BIPOC crew,

Funny how consistent principles win out in the long run, innit?

Well time to get it memory-holed....

Racism made him do it!

Racism made him do it!

Wow. That liberal who doesn't actually exist is almost as stupid as someone who eats horse paste for a virus that is no worse that the common cold.