ConsumeProduct
Communities Topics Log In Sign Up
Sign In
Hot
All Posts
Settings
Win uses cookies, which are essential for the site to function. We don't want your data, nor do we share it with anyone. I accept.
DEFAULT COMMUNITIES • All General AskWin Funny Technology Animals Sports Gaming DIY Health Positive Privacy
114 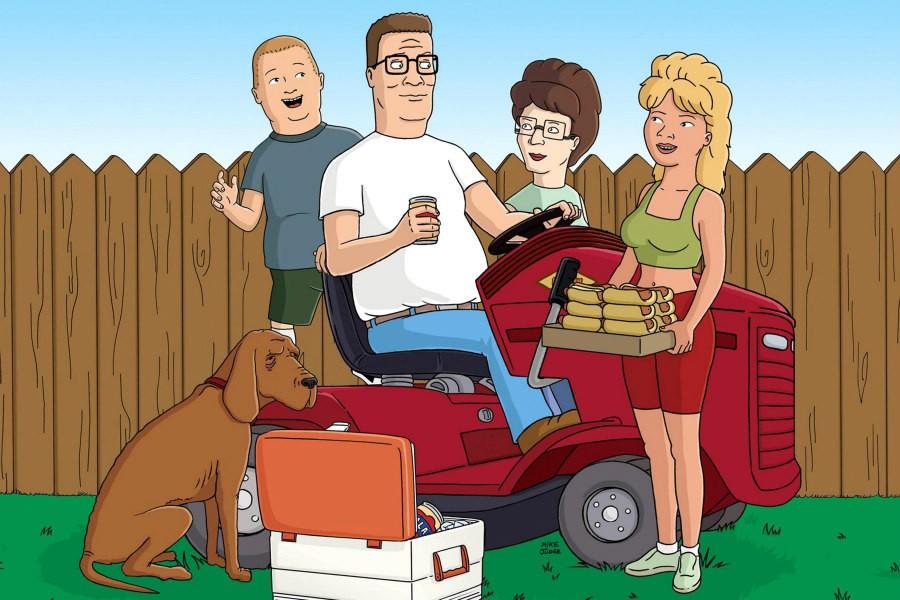 I tell you hwat

Mike judge was a literal rocket scientist before creating Beavis and Butt-Head, king of the hill, and Idiocracy. His takes on normies are fantastic.

He is an observant and brilliant person, great writer

He's friends with Alex Jones and based and arete af. Office Space is an ode to returning to monke.

I thought Goode family was funny. Not the show itself, it was awful, but the fact that execs greatly incentivized him to make a KoTH knockoff about a leftist family instead of a conservative family and he accurately portrayed how humorless and dumb leftists and their "issues" are.

He hates leftist dumbasses. The guy goes shooting with Alex Jones. Hysterical videos of that on YouTube by the way.

Welcome to Costco, I love you.

Hank Hill showings got canceled, most likely due to some semblance to a nuclear white family with a father figure that works his ass off to provide.

It really is the one based cartoon

There will never be a show like this made again. At least not on traditional networks. They will never allow a mostly functional, traditional white family as the main focus of a show again.

I really need to watch that show

Thing have gotten so depraved that a person cant even go through their normal stages of life.

can you imagine if they remade it for today? hank would be a call center worker (or cancelled for being too traditional) bobby would be a tranny. luanne would be a lesbian dating a tranny, and peggy would be a vote counter. boomhauer is cancelled. and the asian guy will now be in every episode, plus their new neighbor Diversity Guy. Good Hank will also be forgotten.

The family will move to baltimore or another BLM city and each episode will start with a prayer thanking the lord joe bidoo for granting them the freedom to go outside, after getting their daily vax pass validated. ah menn.

Not quite, Hank, Peggy, Dale, Boomhauer, Bill, Kahn and Minh would all get COVID, be hospitalized as a precaution and then later be executed by ventilator, I mean die with, er I mean die from COVID a month after diagnosis in an overwhelmed hospital full of nurses dancing on TikTok.

Their last words would be "I should have gotten the Pfizer-BioNTech mRNA vaccine now known as Comirnaty (TM) and also trans rights are human rights" as tranny Bobby and lesbo Luanne watch them die while double masked behind Plexiglass.

Shortly after, a Haitian illegal immigrant that is not only an MD but also an astrophysicist and the first man on Mars will tell these dumb honkies that this tragedy could have been avoided if they had gotten the Pfizer-BioNTech mRNA vaccine now known as Comirnaty (TM), or at a minimum stayed the f*ck home and ordered their food and groceries via Instacart (TM), GrubHub (TM) and Doordash (TM).

No propane or propane accessories

why do they want hank?

Hank knows too much

Better than any anime.

Isn't KOTH an example of what NOT to do? Maybe that's Family Guy.

If you mean cucked republicuck that doesnt want to be called a redneck for rejecting an asshole of a chinky-gook neighbor, then yes.

If you mean evil, retarded, brain washed NPC moron, no.

I mean, republicucks like him are misguided, and dumb, but not evil. They either dont see the truths or dont want to because theyve been programmed to not be racist, and I know thats a form of brainwashing, but at the end of the guy these guys are Christians with their heart in the right places, and their brains in their asses.

Its even more passable for this cartoon because its from the 90s, hell even I didnt see the light until recent years. Cant judge Hank too harshly myself.

But yeah, family guy is the evil one. KOtH mocks NPCs like theres no tomorrow, like the hippies going crazy over protecting a bird, and then stomping bird eggs while rushing to overreact to stuff.