ConsumeProduct
Communities Topics Log In Sign Up
Sign In
Hot
All Posts
Settings
Win uses cookies, which are essential for the site to function. We don't want your data, nor do we share it with anyone. I accept.
DEFAULT COMMUNITIES • All General AskWin Funny Technology Animals Sports Gaming DIY Health Positive Privacy
118 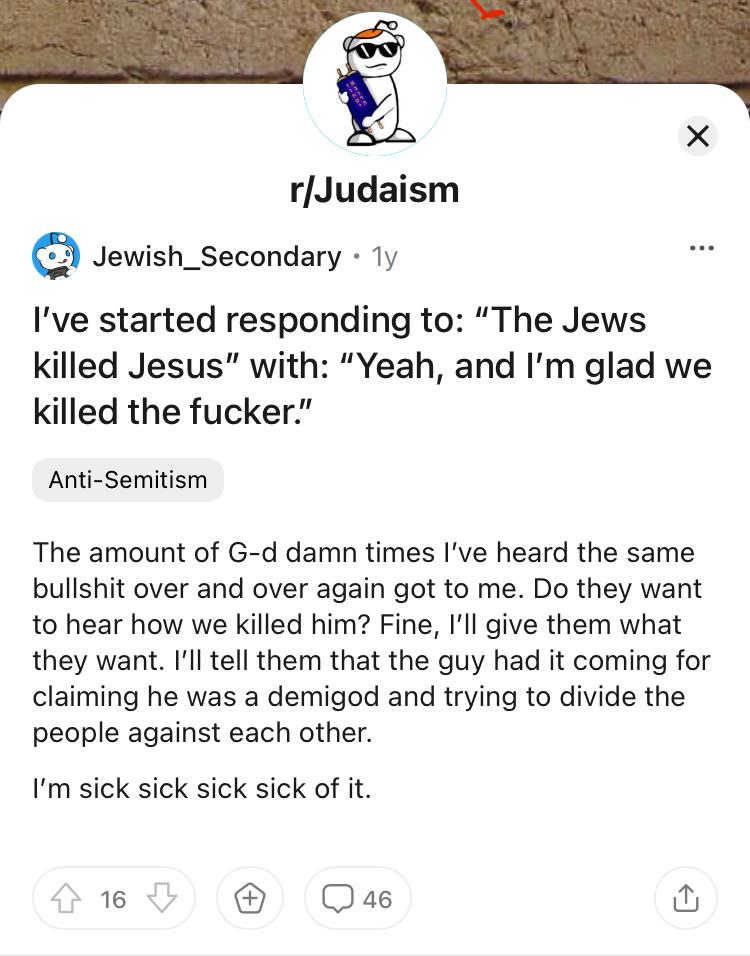 "Nah he didn't, but they sure had it coming!"

I’m glad they killed him too, since the resurrection was needed for our salvation. Also because as this post shows it causes Jewish guilt.

Jews think Christ was divisive, but jews got a series of Roman BTFO for divisiveness. Jews think they are international, but have been expelled 1030+ times from virtually every nation on Earth for shitty guest behavior. Jews think they chose to kill Christ, but Christ chose jews to kill him. Jews think they’ll get a Messiah, but will get a Lake of Fire.

Like everything else, (((they’ve))) got it all backwards. They are the polar opposite of everything divine and natural.

These people hate Jesus Christ with an immense passion. Somehow we aren’t allowed to harbor any feelings towards them, because that’s “antisemitic.” I will not have any respect towards people who hate Our Lord and adhere to the satanic “Talmud”.

Jesus never claimed He was a demigod.

He said He was God Himself, and proved it by beating death.

Rebuked so badly that these kikes are still seething 2000 years later.

2000 years have passed and they're still sneeding

"Your God was a peaceful hippie who loved everyone" "Your God had it coming for trying to divide the people?"

Here we see the Jew denying the divinity of Jesus. There are many such cases.

Can anyone explain this to me: of the many, many things to get at jews about, why do internet tradcaths reeeeee so hard about killing jesus? Isn't that like the entire foundation of christianity? If he hadn't been killed, wouldn't salvation have been impossible?

It means that they rejected, and still reject Jesus even though they had the closest encounters with him, outside of the apostles and other followers.